Note: Some links in this post are affiliate links. You can view my full disclosure here.

A Story of Love & True Beauty: Review of A Severe Mercy by Sheldon Vanauken 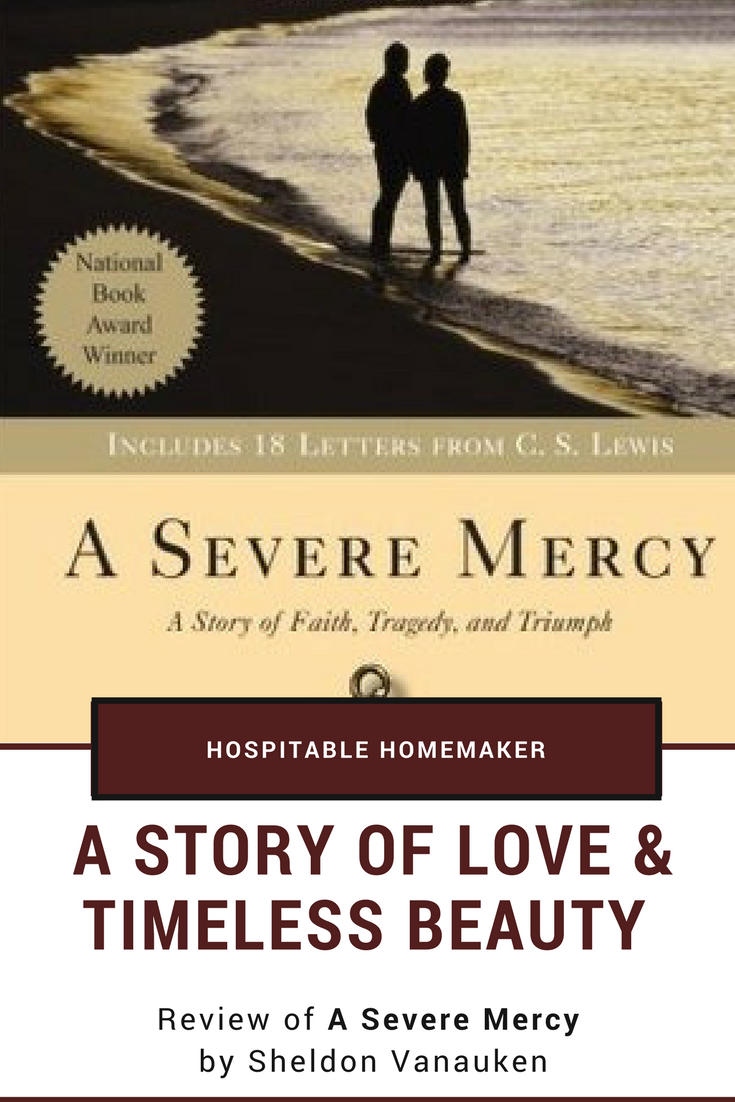 I highly recommend this book to you. It will make you think deeply about sorrow and suffering, you will cry along with Sheldon as he loses his love, and you will be wrapped in the hope of a timeless eternity. 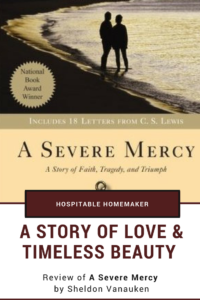 A Story of Love

by Sheldon Vanauken is a story about love. In fact the “love” in this book is really almost a thing of its own. Nurtured and protected, chosen above self-interest, this love this a thing of beauty.

Woven into the story of love between Shelden and his beloved “Davie” is the story of their lives, their conversion to Christianity, their community, their pursuits, and even their deep and abiding friendship with C.S. Lewis.

This book tells the story of a love won, fought for, nurtured, lost, grieved, and celebrated.

The reader can’t help but adore Sheldon and Davie as they spend their days together. Loving each other as a thing of beauty. Early in their relationship they noticed that other people seemed to fall out of love. Sheldon and Davie never wanted to leave the feeling of continual “springtime” so they devised a plan to stay always in love.

They called their plan the “shining barrier” and vowed it would never be breached. Together they decided to share absolutely everything so that they would be so united by a million strands holding their lives together that they couldn’t imagine ever being separated. They read the same books, they decided to learn about and enjoy whatever the other person enjoyed, and they said that ultimately when a decision had to be made they would think only of what was best for their love.

The Vanauken’s thought that children would come between them so they never had children. They vowed that if one were to die, the other, upon hearing of it, would immediately kill themselves. If one were to become sick, they would die together. They wrote in the same journals about everything. They shared life together. Dreaming of living a life filled with timeless moments which they believed to be glimpses of eternity.

Christianity seemed to them a thing for weak minded people. However, they moved to Oxford and studied with many well-rounded people who were Christians so they decided that they needed to give it a fair chance at the very least. Their pursuit led them to friendship and ultimately to Christ. 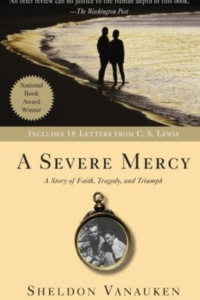 C.S. Lewis had been recommended to them so they read his works and wrote him a letter with their questions. Lewis responded and a beautiful friendship was born. Throughout this book, letters from C.S. Lewis are written out in full. They cherished one another. Sheldon calls Lewis a “friend and father in the faith”.

If you enjoy the works of C.S. Lewis this book will definitely be something you enjoy!

We follow Sheldon through this journey of loving Davie, of even being jealous of God when He broke through their “shining barrier” and became more important than their love. Sheldon explains their dreams and how God changed them.

In this book we catch one of the most complete glimpses I’ve ever read, of what it is like to go through death with a beloved spouse, to grieve a life well lived, and to find that there is joy and beauty on the other side.

Because of their commitment to Christ, they knew that several things they had decided upon in their past were wrong. They knew their suicidal ideals could no longer stand; they must live as long as God had for each of them. The painful, deep reality of this is marked out in poems and letters and genuine honesty.

Sheldon’s discussion of what eternity must be like still floats around in my head and has been deeply impactful for me.

Beyond that, his love of C.S. Lewis and the honesty they shared gives a staggering example of genuine friendship which led even to the name of this book. 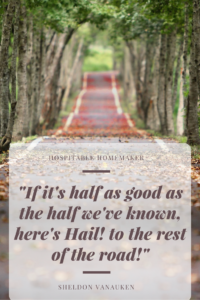 Two weeks after finishing this work and I am still left quoting Sheldon and Davey consistently, “If it’s half as good as the half we’ve known, here’s Hail! to the rest of the road!”

I highly recommend this book to you. It will make you think deeply about sorrow and suffering, you will cry along with Sheldon as he loses his love, and you will be wrapped in the hope of a timeless eternity.

Still looking for other recommendations? Check out History of Reformers – Review of “Rescuing the Gospel” by Erwin Lutzer and Good Neighbors – A Review of The Art of Neighboring. 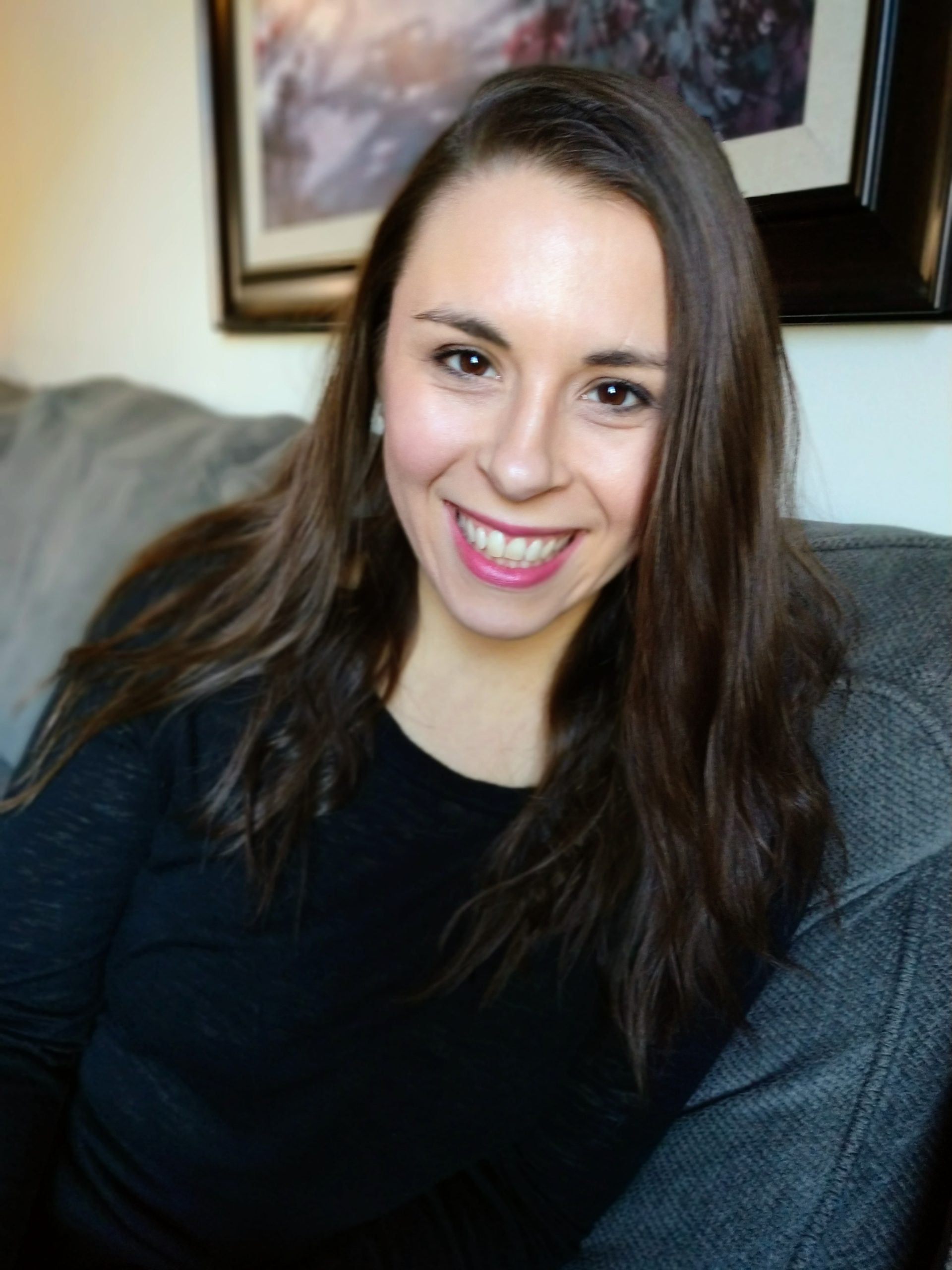 Hi, I'm Katie! I help Christians get past their social struggles and feelings of isolation and loneliness by exploring all the skills we need to build community. I'm so glad you are here! Read more here...

I would love to have you share this info! I'm always encouraged when we can extend hospitality to other areas of the internet & our real lives, so share away. Please keep in mind, however, that the images and written work here are property of Hospitable Homemaker. You are welcome to share one small image if you provide a link back to this site. You are also welcome to share up to 100 words without consent. If you would like to share more than that please obtain written approval from me before doing so. And feel free to pin away!